The ACCORD conciliation procedure is generally conducted in three phases: 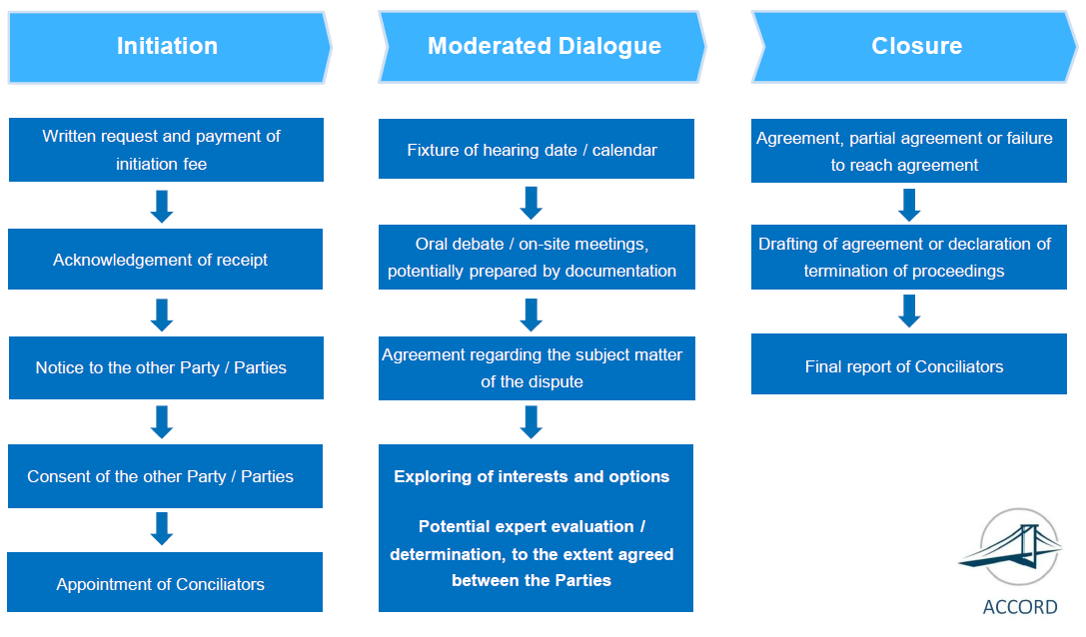 The details of the procedure are described in the ACCORD Conciliation Rules (ACCORD Schlichtungsordnung - an English version of which can be provided upon request).

Parties who wish to do so can include an ACCORD conciliation clause in their contract at the time the contract is concluded. We recommend the following model clause:

The applicable fees (application fee, conciliator's fee, settlement contingency) are described in the ACCORD Fee Schedule (ACCORD Gebührenordnung - an English version of which can be provided upon request).

ACCORD is a state-recognised conciliation office. As a result, two major benefits: with the initiation of the ACCORD conciliation proceedings, the statute of limitations of the claims described by the parties is suspended in accordance with the applicable laws. If one party so wishes, the agreement reached in the ACCORD conciliation proceedings will be declared enforceable by German courts; thus, enforcement can be pursued from the agreement.

At the request of the parties, ACCORD can also offer other out-of-court settlement procedures, such as:

- out-of-court proceedings for the preservation of evidence,

and support with arbitrator and damage expert appointments.